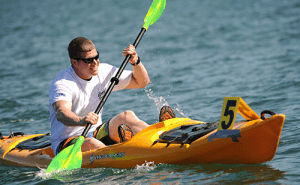 As you may have seen during the Superbowl, Opioid use is spiraling out of control in the United States, and those suffering from pain conditions need an alternative. Some are heralding physical therapy as a safe and effective alternative to treating pain, without the threat of addiction. To spread the message that conservative, nondrug approaches can effectively manage pain, the American Physical Therapy Association (APTA) has joined others in the federal, state, local and private sectors to address the prescription drug abuse and heroin epidemic. They collectively advocate that a multidisciplinary clinical approach—including physical therapists serving on the care team alongside physicians and other healthcare providers—can improve quality of life for patients with acute and chronic pain.

According to the Centers for Disease Control and Prevention, physicians wrote 259 million opioid prescriptions in 2012, which translates to one bottle of pills per American adult. The American Academy of Pain Medicine reports that pain disorders are on the rise, affecting more Americans than diabetes, heart disease and cancer combined. The commonly prescribed opioids OxyContin and Vicodin act quickly to get pain under control, but these drugs can also be harmful and addictive when abused. An individualized physical therapy plan aims to reduce a patient’s pain and associated disability, improve function, and promote health and well-being. A physical therapist performs a comprehensive evaluation, after which they address chronic pain with a combination of movement exercises, manual therapy, and education about pain science, body alignment and movement. Physical therapists help patients understand the underlying cause of pain.

Addiction to opioids is not a new phenomenon, but it has escalated to new proportions. The number of Americans dying each year from drug overdoses has surpassed that of motor vehicle crashes. More than half of patients prescribed opioids for chronic pain continue to take the painkillers five years later, according to a 2011 study published in the Journal of General Internal Medicine. In fact, a staggering four in five new heroin users started out misusing prescription painkillers, according to a National Center for Health Statistics Data Brief.

Jackson County Physical was founded in 1995 and currently has four locations: Medford, Ashland, Eagle Point and Phoenix. We are a full service physical therapy clinic that does not utilize Physical Therapy Assistants. All appointments are 45 minutes, hands on, one-on-one.

Jackson County Physical Therapy is the Official PT Provider for: