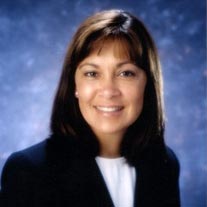 Kathy was born and raised in Honolulu, Hawaii. She attended the University of Oregon where she received her undergraduate degree and teaching certification in physical education in 1981 and a Master’s Degree in Adapted Physical Education in 1983. She completed her physical therapy training at Pacific University in 1985. Following graduation, Kathy relocated to Medford where she practiced at Providence Medford Medical Center from 1986-2003. Kathy joined Jackson County Physical Therapy in 2003. She is a certified arthritis aquatics instructor and has taught aquatics classes through the Providence Community Pool Program.

Her professional areas of interest include treatment of shoulder and orthopedic disorders of the extremities, post-surgical rehabilitation, geriatrics, total joint replacements.

Kathy is an accomplished martial artist and has competed at the national level. She holds a 2nd degree blackbelt and now teaches karate in Eagle Point.

Kathy lives in Medford and has two grown sons.